100 Years Of Wisdom In 10 Minutes By Darren Hardy

A 100 years of wisdom in just 10 minutes sounds like an impossible task, except if you’re Darren Hardy, publisher of this magazine, Success Magazine, this is the current issue. For 20 years Darren’s been doing the impossible and helping tens of thousands of others do it. So I like you to give a big welcome to Genius Network, Darren Hardy, the visionary force behind this, give it up. 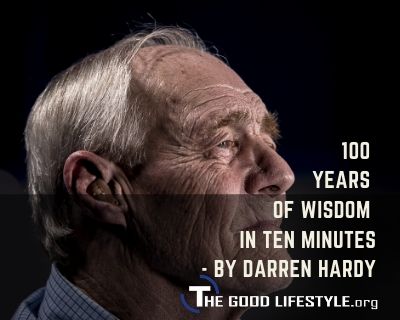 So the question I’m asked most often is, with all the fascinating, interesting people that I get a chance to meet and study and spend time with as publisher and editor of Success Magazine, who are my favorites.

And so what I want to do today is to tell you not just my favorite, but the one that had the most impact in my life and in the financial results, and in the personal results of my life, having had the chance to spend time with this unique individual.

And it came from a meeting, a man on a plane, and we got to talking and he started to tell me about his grandfather who had just turned a hundred years of age. So he was a centenarian, which I was fascinated because I had never met a centenarian. And the story was, is that he had immigrated from, what used to be the Soviet Union, which is now the Ukraine to the United States with his family.

And they grew up in abject poverty. They lived in the basement of another family’s home his whole growing up years. And because they couldn’t afford to sustain themselves, he couldn’t go to high school. And so he never went to high school.

And so he passed me his grandfather’s number. I called him on the phone and finally got him on the line and said, I would love to sit down and interview him and publicize his story and success. And he said, no, not a chance, he’s a very, very private person and didn’t want that kind of publicity.

And so I switched my marketing mind and said, but we could document all the lessons that you learned of a hundred years of wisdom and you could pass it down to your children as a how-to live the kind of extraordinary life you’ve proven.

So that may be great, great, great-grandchildren who never get a chance to meet you could learn the same lessons. And he seemed to get inspired by that idea. So I said, I will help moralize that for you if we spend some time together.

So I said before we get together, I would ask that you write down everything you possibly learned that contributed to your extraordinary life on paper. Okay. Just prepare your notes for it. And he seemed very committed.

He said, I’ll, I’ll give this some very diligent thought and I’ll be prepared for our meeting. And so the day of the interview came and I was, I was excited.

I don’t get excited about a lot of interviews because I have to do so many of them. But this one just had some sort of a mystique and magic to it. So I remember pulling up to the big iron gates as they slowly opened up.

And then I take, I start driving up the horizon and as soon as I got over the horizon, I can see this palatial estate, which meant this guy was obviously wealthy. And I parked my car and I go to the front door and I’m greeted by his estate manager and then shown to the library.

And I walk in this room and it was absolutely breath-taking. Polished mahogany wood, two stories, while the wall, floor to ceiling, books. Rare books, as well as contemporary modern books, maybe by many of you in this room, which was another indication that this is a man who, while never went to high school, is a serious student.

So in the middle of the room where these two vintage wing-back leather chairs, crease just perfectly like out of a Ralph Lauren catalog, and a marble table in the middle. And even as I tell you the story, I could smell the leather of those two wing-back chairs.

So I took my seat and put my recording device down and my journals that I had come, and the pens, to wait for this deluge of wisdom that I was going to get from this man.

And he eventually walks in and, and he’s, his skin is translucent, wrinkled, he’s obviously old, but he’s got this grace about him that obviously you don’t acquire unless you’ve walked for nearly a million hours on this planet.

And when I shook his hand, I knew in that moment this was going to be something special. And so when he sat down, I said, so did you get a chance to write down all the wisdom of a hundred years of living?

And he said, “Oh yeah, I did.” And I said, “Well, where is it?” Because I expected a big thick stack of documents. And he said, “I have it.” And he reached into his breast pocket and said, “It’s right here.”

And he handed it over to me and I took it and I opened it up and I read in about 30 seconds because it was only two-thirds filled out. And I said, “That’s it.”

And I realized then that I was being disrespectful. And I said, “Well, how is all this? It’s no way that all this is possible with what’s just on this piece of paper.”

And he smiled knowingly and said, “That’s the problem, is that you could hand this piece of paper to a young man and they will open it and they will read it.

And they will think that they understand it, but they will disregard it. And they will go on looking for more fanciful, complicated, seemingly mysterious ideas in order to capture their success.”

And he said, “It won’t be until somebody arrives a hundred years later when they’re contemplating their life and trying to make sense of it, that they will then reread this piece of paper and say to themselves, that was it.

Everything you ever needed to know to be extraordinarily wealthy, well-respected, and very much loved appears on this piece of paper.” And he could tell that I was stunned and stunted by this idea.

And so he went on to explain. He said, “Look, you know, because I never went to high school, I wasn’t very smart and I thought that was a disadvantage. And so every endeavor I pursued I just had to find out what were those few things that made this work.

And because I thought I wasn’t very smart, I didn’t change them, I didn’t try to adapt them and make them my own, I just did them. And then because I did them over and over again, I got really good at them.

And the thing that I thought was my disadvantage became my great advantage.” And the first thing that was written on this piece of paper was, ‘only a few things matter to anything.’

And you see, I think at this point of the conference, you’ve been given so many ideas and we’re always looking at the bleeding edge.

What’s new, what’s novel, what’s shiny? And this I think is really important reminder that when it comes down to it, when you go back to your businesses or your relationships or your lives, in the end, only a few things matter.

So I want to unpack this for you. I remember watching a Stephen Hawking’s documentary, The Grand Design, he’s trying to explain the Cosmo’s in the universe.

And he said, “You can understand the cosmos, the universe, and complicated systems like the brain because they all boil down and are governed by a few simple principles.”

A few simple principles govern the entire universe and the cosmos as well as the brain. And when you understand those simple principles, you now know how to make sense of and govern and master these complicated systems. And so that’s what I want to help you discover.

So let’s talk about finding. The guy that really helped me find what really matters is when I interviewed this guy Dr. Oz, and at the time that I interviewed him, he was, you know, running the non-profit organization, bestselling author and he was still doing 200 open heart surgeries and I asked him, I said, how is it that you possibly are able to get all this done much more than me?

And he was always relaxed and at ease, and he said, look, anything that you do, there’s only a few things.

Same thing with running a television network, running a non-profit organization, or all of the rest. That’s finding your vital few functions.

Then when it comes to focus or sticking to them, this is the guy that I really learned this from. When asked, what is the most of any revolutionary product you or Apple’s ever created?

What are you most proud of? His answer was, “I am as proud of what we don’t do as I am of what we do.” And then he went on to explain, “People think focus means saying yes to the thing you have to focus on, but that’s not what it means at all. It means saying no to the other hundred good ideas there are, you have to pick carefully.”

So saying no to the thousand things is your key to success. And when asking Warren buffet, if you could boil your success down to one key principle, of all the Oracle, the Oracle of Omaha knows about investing, in building wealth, what would be your one key to success?

He said, “For every 100 great opportunities that are brought to me, I say no 99 times.” 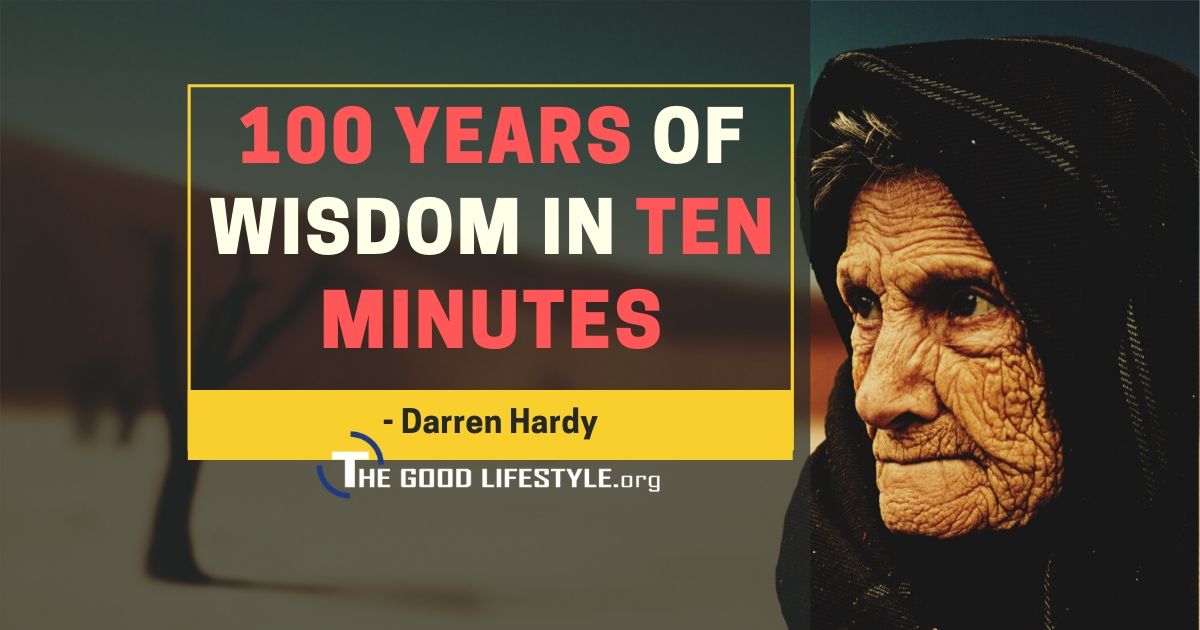 So I hope that in this brief period of time, taking a hundred years of wisdom and boiling it down into 10 minutes, that you don’t wait till you get to a hundred years before you truly understand that in any endeavor, in any activity, in anything, that you’re pursuing success in, there are only a few things that matter.

Don’t leave the field of the few things that matter to chase the novel, the new, and the exciting, because ultimately you’ll leave success on the table. Thank y’all very much! 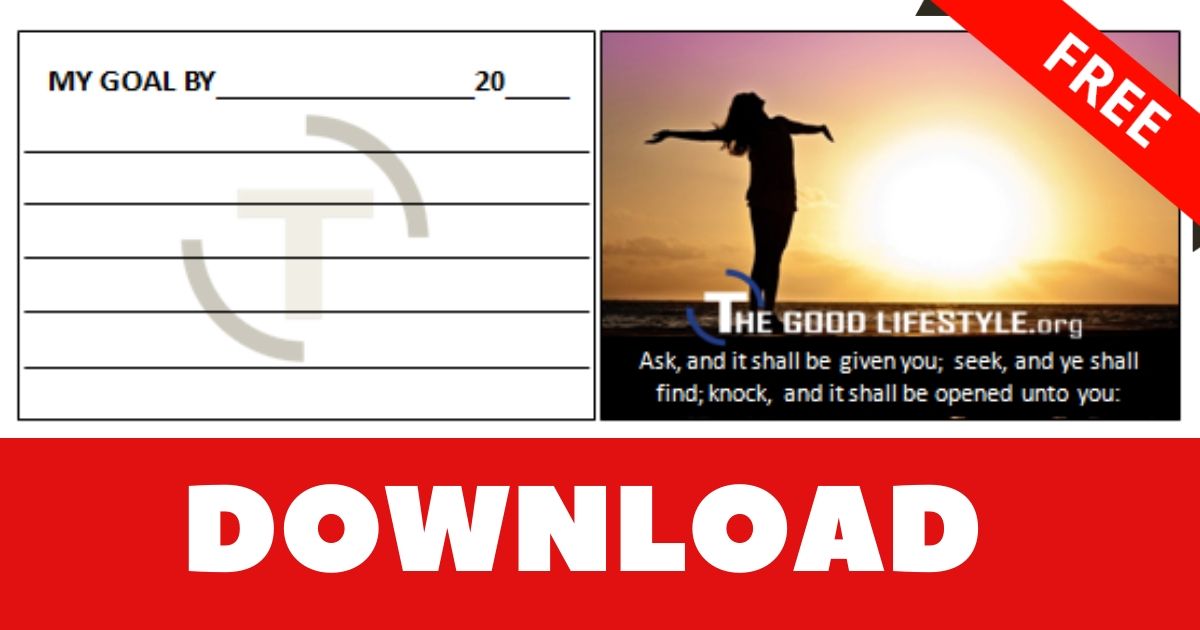 Having a goal, gives you something to live for and reach for… And achieving your goal places you in the class of the successful few. Discover how to become successful using Earl Nightingale’s goal card…

Here’s the full transcript of the audio recording of Earl Nightingale condensing the 13 principles of Napoleon Hill’s Think and Grow Rich. The same principles that have had a great influence on the lives, accomplishments and fortunes of many successful individuals… 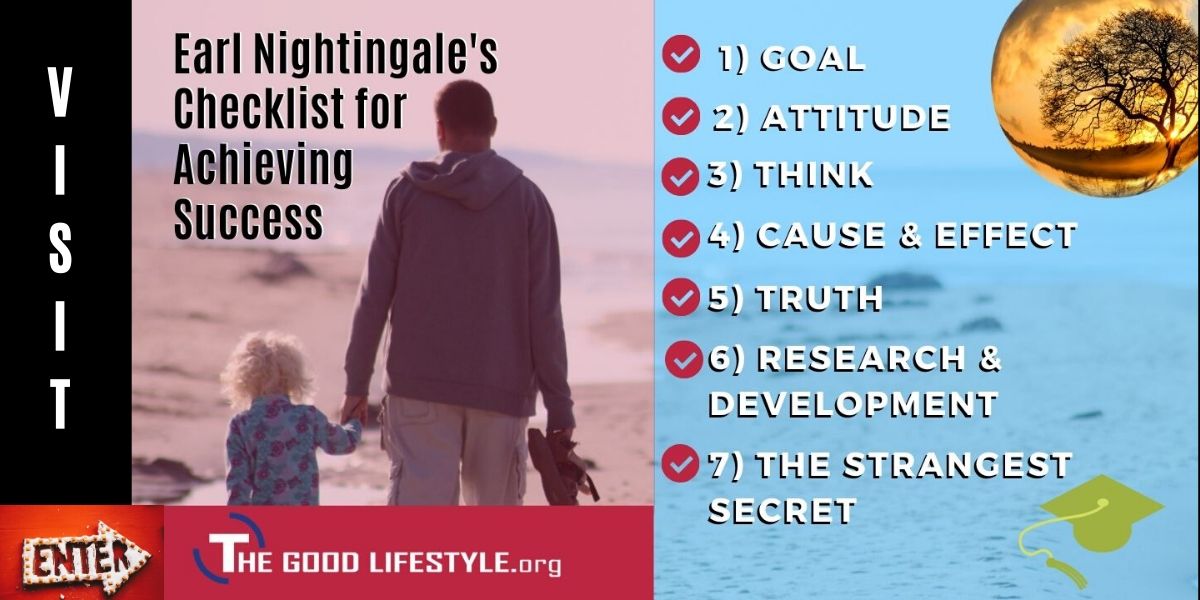 Discover Earl Nightingale’s checklist for achieving success. 1) Goals: Know where you’re going. 2) Attitude: Alter the course of your life, by changing your attitude… 3) Think: Don’t just follow the crowd. 4) The Law of Cause and Effect. 5) Truth … 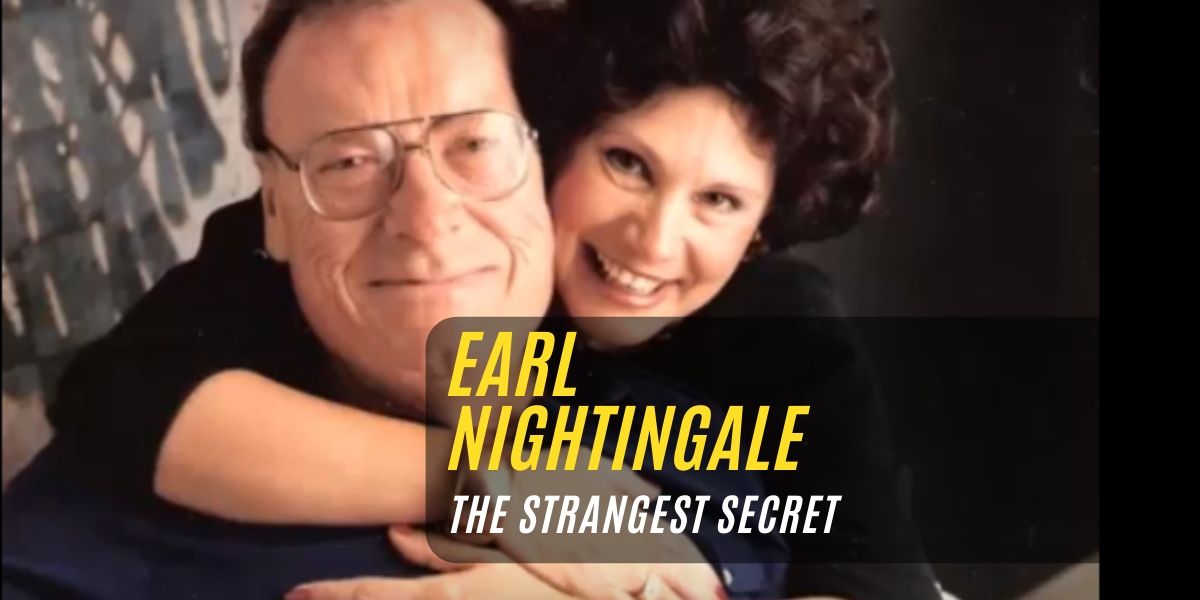 The full transcript of The Strangest Secret by Earl Nightingale. Earl defines success, revealing why just a few people succeed. Why most people fail? And what successful people are doing differently…

Austin Obijeko is a freelance copywriter in the digital marketing niche. He helps SMBs create engaging content and persuasive copy at JekoWrites.com 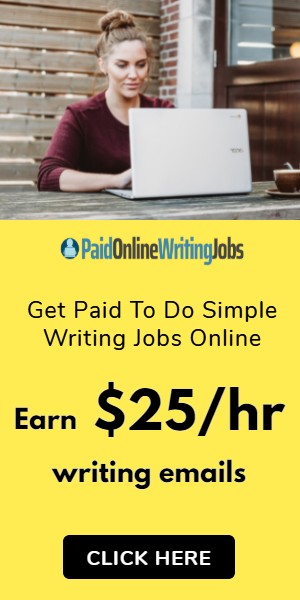 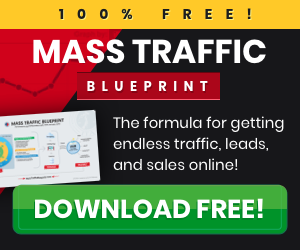